Miter saws are a great tool for making corner cuts, miter cuts, bevel cuts, and other kinds of cuts on a wooden surface. It is great for crafting works and a must need for your next DIY project.

The most common cuts you can make on a miter saw is 90° and 45° angular cuts. But an obtuse angle cut or a 135° cut can be quite tricky and confusing for most carpenters and DIY enthusiasts.

To do this, you will need to have some special tools or tricks to make an obtuse. In this article, I am going to talk about how to make a 135° or an obtuse angle on a miter saw.

What is an obtuse angle?

It’s because the setting for this type of angle cannot be found by default in your miter saw. You need to manually adjust your miter saw to get this 135° cut. You need to have a distinct mathematical calculation to derive the exact setting which will help you cut the obtuse angle.

The benefits of using a miter saw other than other tools to cut obtuse angles?

The main advantage the miter saw has over another saw to obtuse angles is that its blade can be locked into a fixed position which allows you to get accurate cuts every single time.

So, suppose a straight cut can be achieved by locking the blade at a 90° angle, and all need to do is to get the blade down straight and you will get a straight cut. The same thing applies to other angles as well. You must move the blade at a marked setting on your miter saw and then lock it in place.

Then all you need to do is bring the blade down through the board. Due to the locking mechanism, the blade will always be stable, and you will get accurate angled cuts every time. Achieving this result consistent with other tools is almost impossible.

It is not just the tool that makes the cut, for an angle as complex as an obtuse angle, one needs to hit the mathematical accuracy as well to find the right measurements which will culminate into the desired final cut. 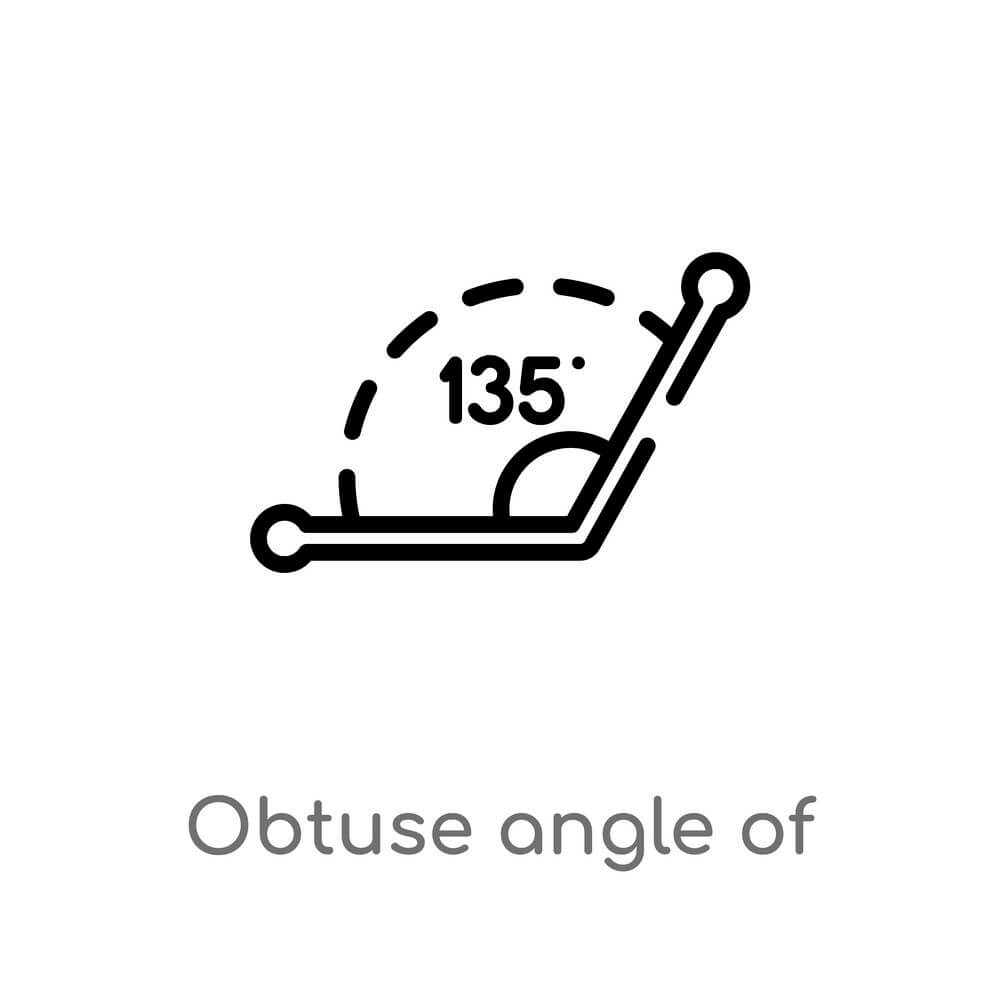 We must use the solution of the mathematical formula for the inside cuts and when we will join those inside cuts together, we will achieve the 135° angle. To derive the right measurement, we can use either of the following two formulas.

You can use either one of these formulas to derive the cut angle for your miter saw. Both will give you the same answer. Which formula you will use will totally depend on your preference

If you follow these steps step-by-step, then you will get a 135° obtuse cut.

When you are done with the calculations to find the perfect angle settings, you need to unlock the angle selection knob and set it to 22.5° which is the result found from the calculations performed earlier to achieve the 135° obtuse angle. 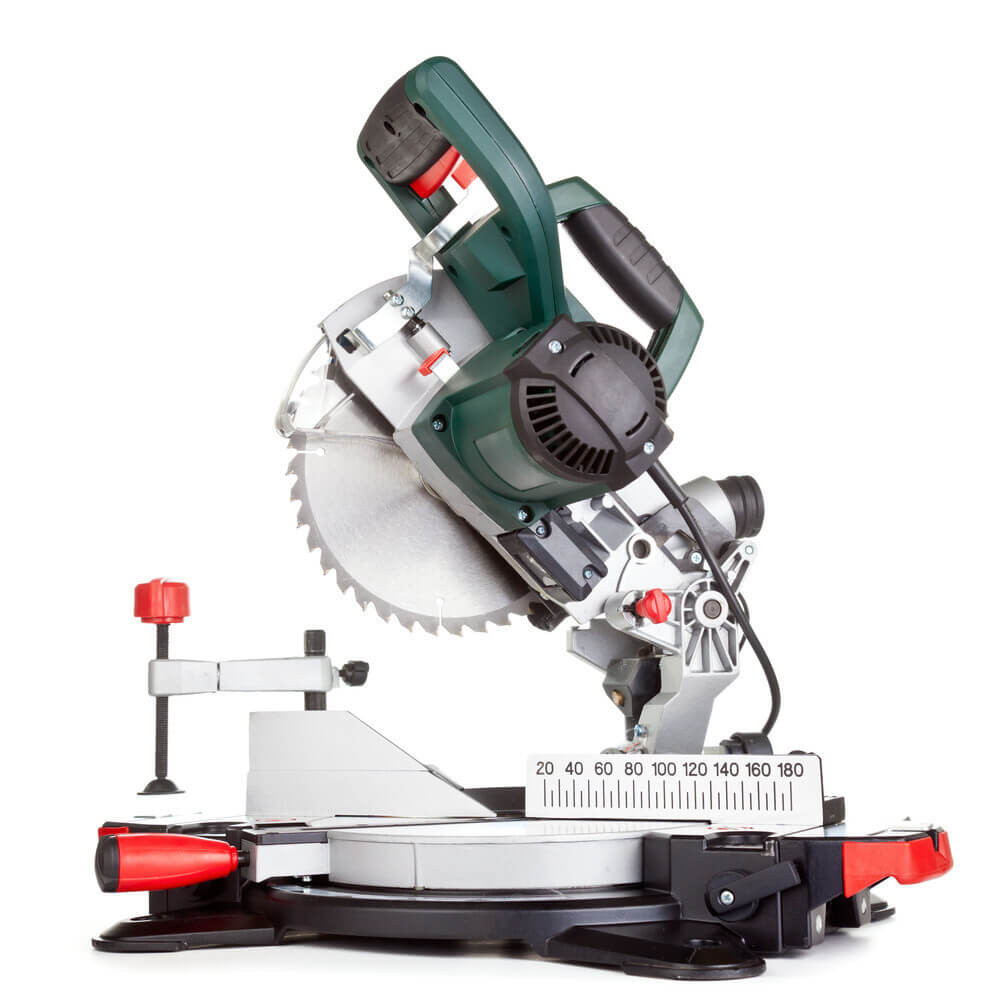 After setting the miter saw in that angle you need to lock it in place to make sure it doesn’t move away. After that, you need to set the tilt angle to 0°. The tilt angle of 0° means that cut will be straight and not a bevel cut.

Step 2: Setting up the wooden board

Smaller boards can be held in place with a clamp to hold it tightly against the fence and it stays there locked while making the cuts. In case of a longer board, you will need to use a clam to make sure it is held in place firmly.

Step 3: Time to make the cut 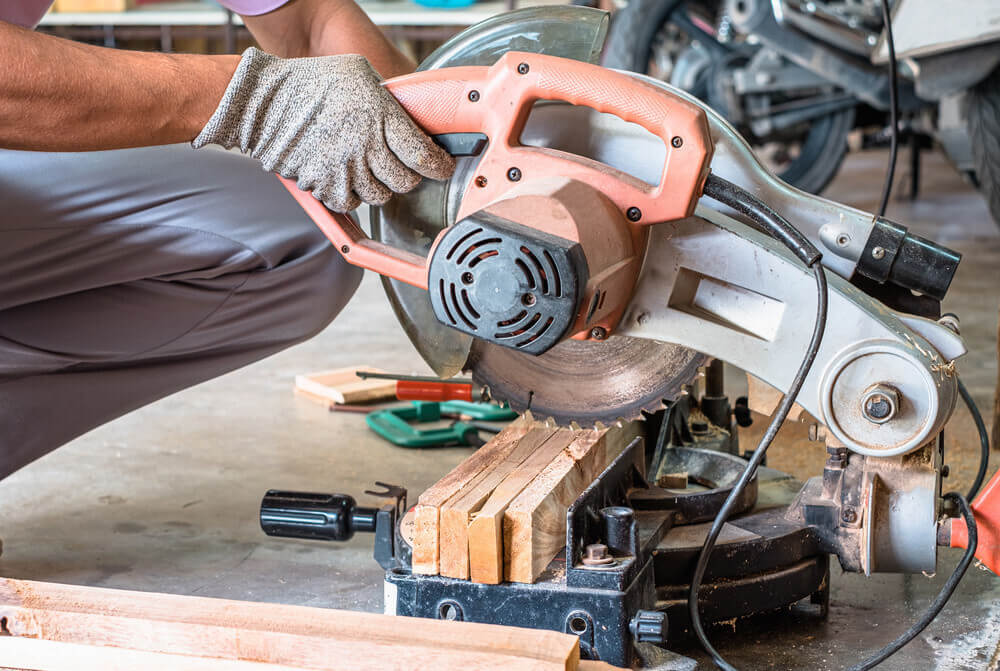 Once both of the boards are cut according to the calculations, you will see that the boats will join perfectly.

After cutting and joining the two boards, you need to measure using an appropriate a tool to see whether you have achieved the desired angle of 135° or not. It’s quite normal to have missed the perfect angle cut by a negligibly small margin. This small difference should not matter until the difference is quite big to ignore.

What are the things that you should keep in mind while using the miter saw to get your desired obtuse angle?

A miter saw is a fantastic tool to cut different types of angles for constructions and DIY projects. It’s really a lifesaver when it involves cutting complex angles, such as the bevel cut, acute angles, and obtuse angles.

With a little bit of mathematical wizardry and the features of a miter saw you will not only save time and effort but also help create perfectly smooth and accurate cuts every single time. For better results, try not to use a cheaper blade.