You are here: Home / Blog / Miter Saw: Different kind of Cuts You Can Make With It

What is a Miter saw?

Miter saw is an automated saw which is used to make crosscuts, miter cuts, bevel cuts, and other angular cuts on wooden boards more quickly and efficiently. Miter saw is a vital tool in making various kinds of wooden articles and furniture. In this write-up we are going to explore different uses of a Miter saw so you can get the most out of our machine.

Miter saw has a circular blade mounted on a motor which is pulled down onto a wooden board to make quick and accurate cuts. Due to this pulling down action, the miter saw is also known as drop saw and chop saw. 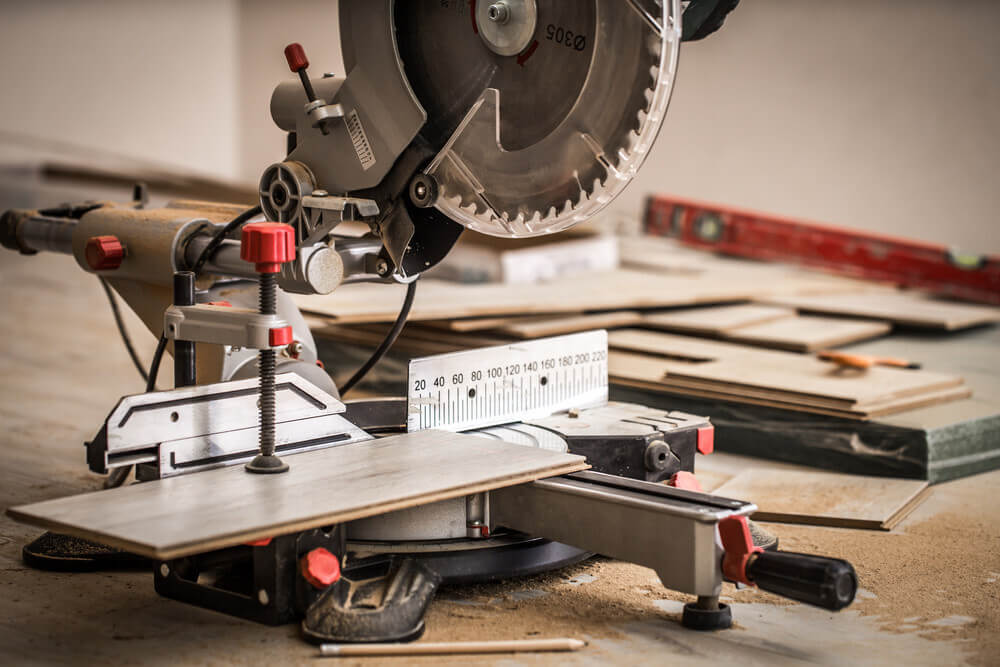 There are several types of miter saws. Each has their unique advantages and disadvantages. Some of them are described below: 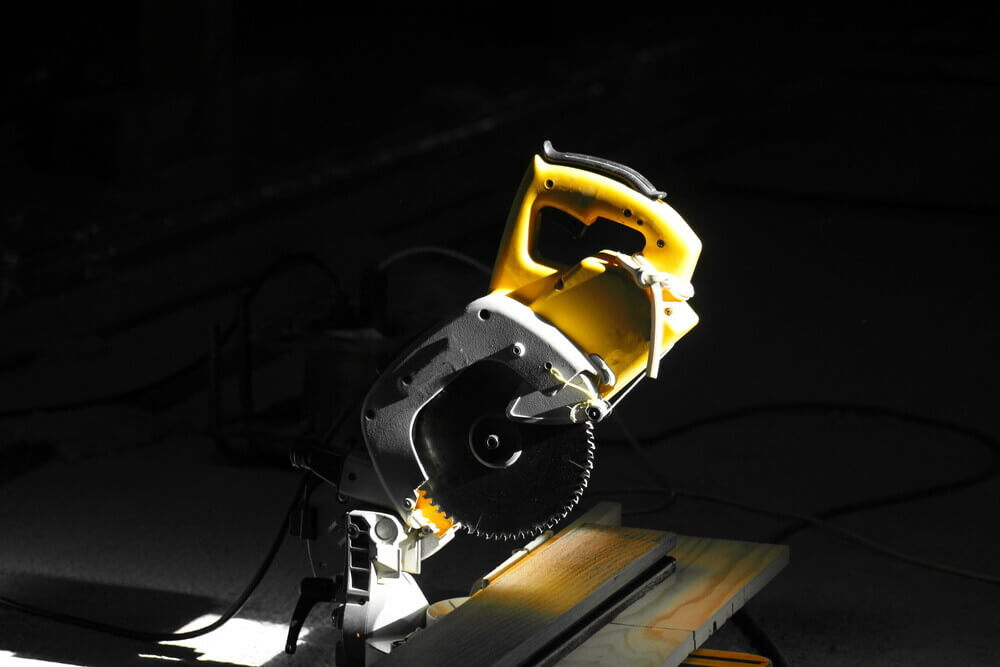 The box miter saw also known as the original miter saw is constructed of a tri-sided wooden or plastic box. Hence, it’s called a box miter saw. It has usually two guiding slits of 90 degrees and 45 degrees which are used as a guide to saw accurate angular cuts on a wooden board. 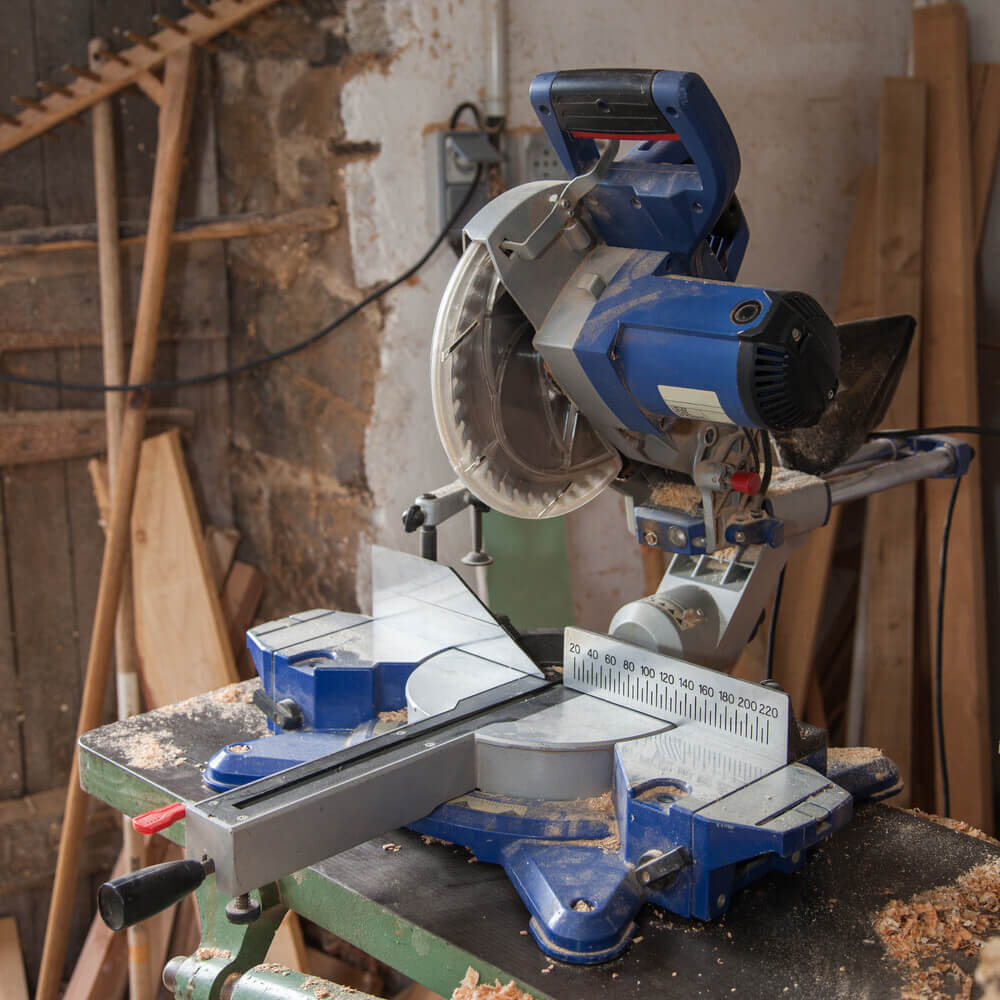 The power saw is a motor-powered version of the miter saw. It is designed to make swift and accurate cuts every time. The best thing about the power saw is that it offers a varying range of degrees of angles which is not available on the original box miter saw. The original box saw can only cut abrasive cuts at only 90° and sometimes at 45°. Power saws have become a standard tool for creating straight or 45° cuts, mostly used in crafting frames.

The power miter saw consists mostly of a rotating blade powered by a motor which is usually 8-10 inches in diameter. The rotating blade is pulled down onto a workpiece in a controlled yet swift motion to make smooth cuts. The blade can be rotated in either 90° or 45° angles to make miter and bevel cuts. A typical power miter saw quite portable due to its small size. 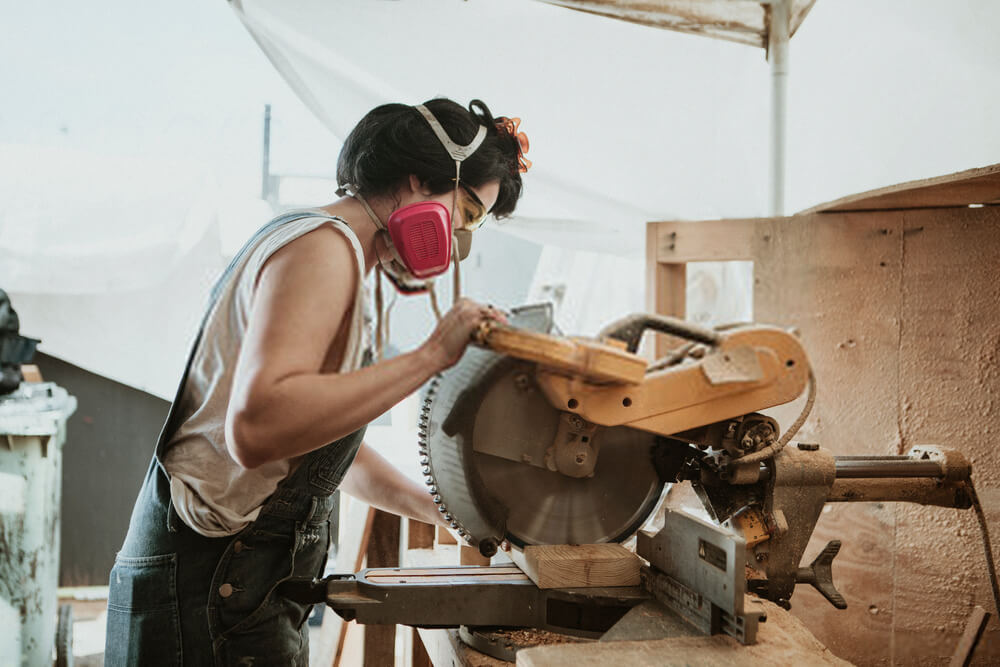 The difference between a standard powered miter saw and a compound miter saw is that the latter’s blade can be rotated into more than two angles of 45° and 90°. This type of miter saw is quite popular for home trimming works and very complex cuts. Due to this rotating flexibility, it is used for making ramp cuts onto a wooden board. 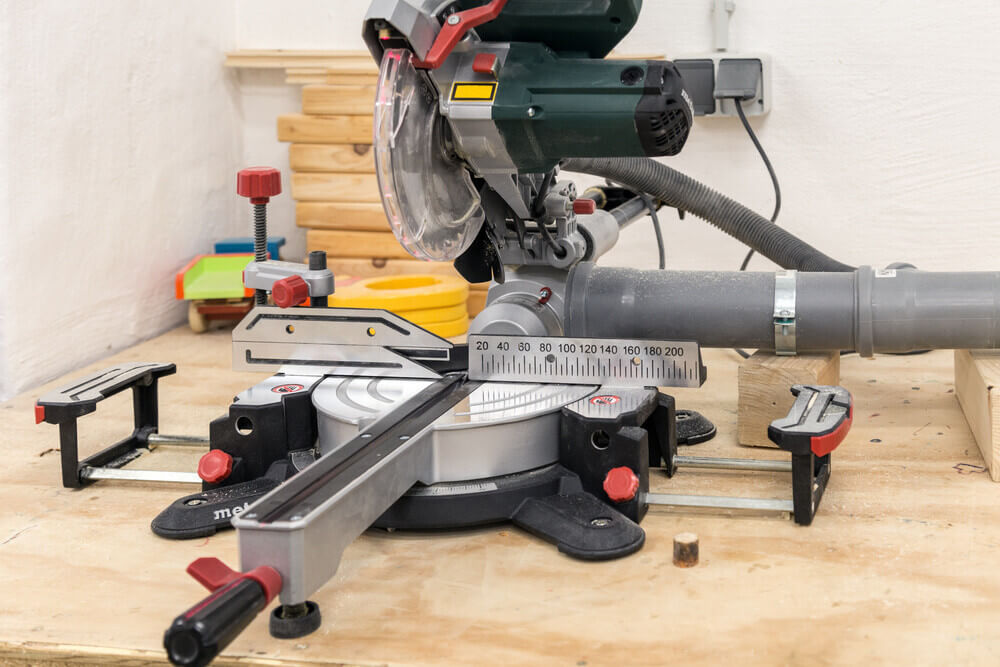 The dual-compound miter saw's head can be rotated on both the right and the left side and does not need the user to turn the boards to make the cuts. This feature allows to make complex and intricate cuts on wooden boards. A dual compound miter saw is mostly used to make decorative trimmings. 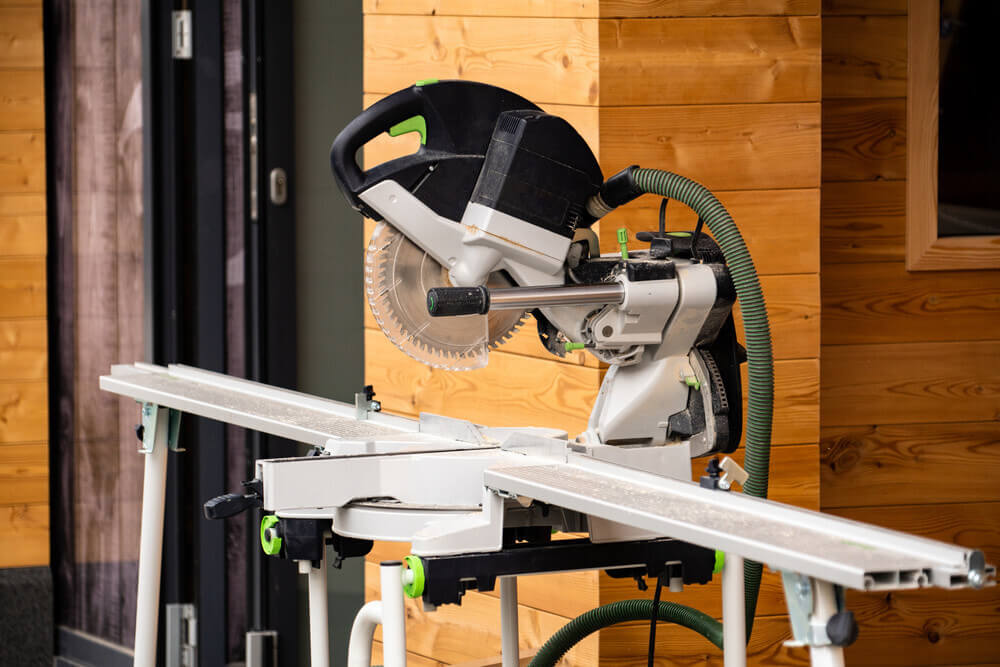 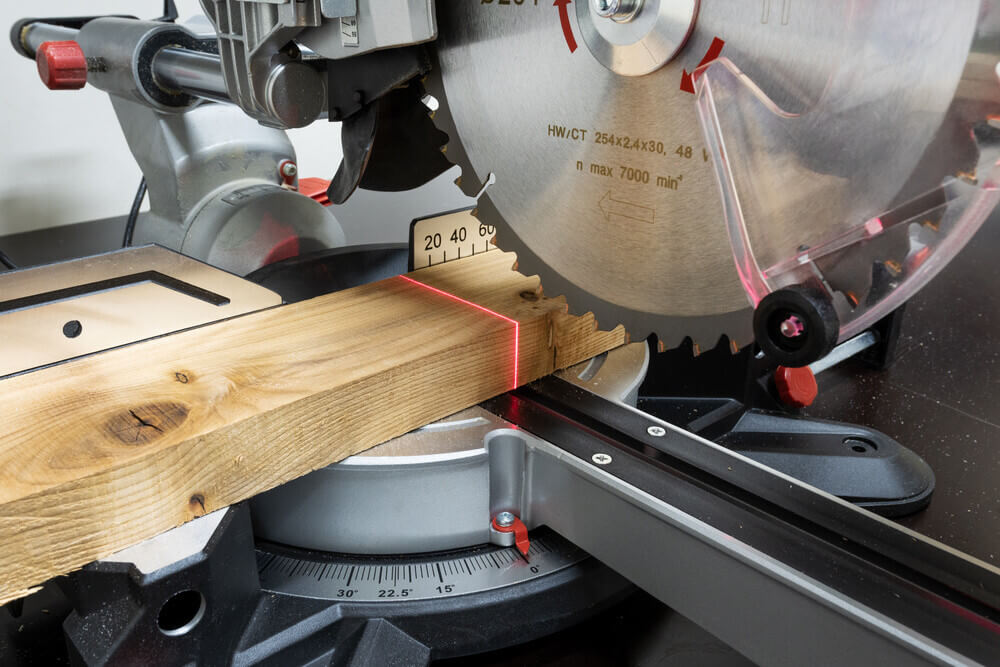 As the name suggests, Laser guided miter saw is equipped with a LED/laser which projects a line onto the board where the intended cut will be made. Due to this feature, the user can determine beforehand where the cut is going to be made eventually.

This allows for more accurate cuts. This feature is built-in on higher-end miter saw models but if your miter saw doesn’t have one at the moment you can always add a laser/LED guide to ensure more precision cuts.

What Type of Cuts Can be Made Using a Miter Saw? 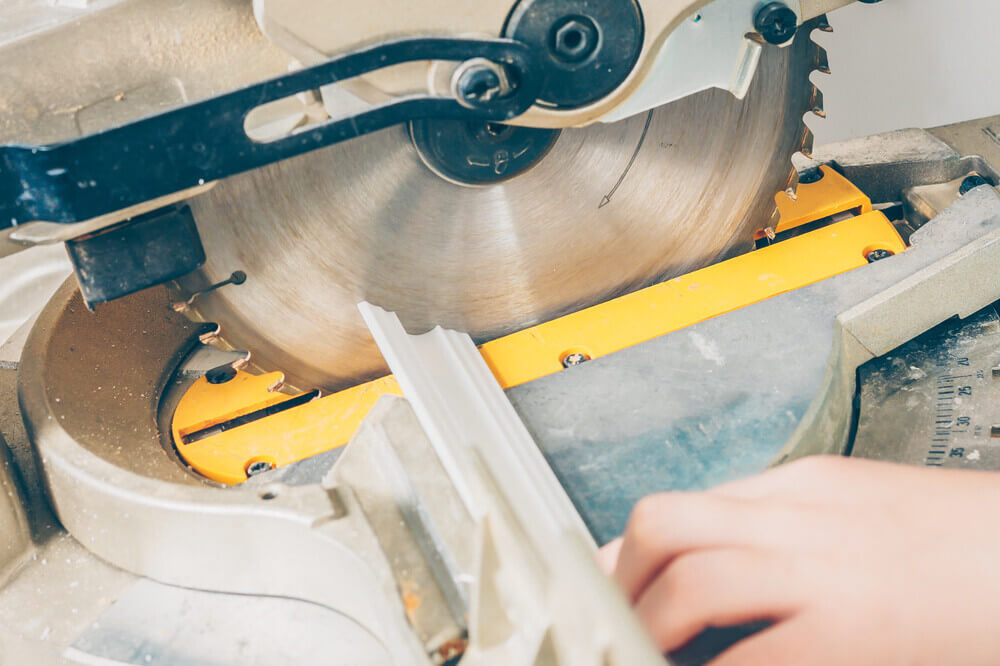 This is the most common kind of cuts one can make with a miter saw. A crosscut is cut which is perpendicular to the edges of the board.

Miter cut is the cut for which this device was made for in the first place. A miter cut is an angular cut made at any angle diagonally with the board. A miter cut is a necessary cut for crafting frames, ledges, and other works that require angular joints. 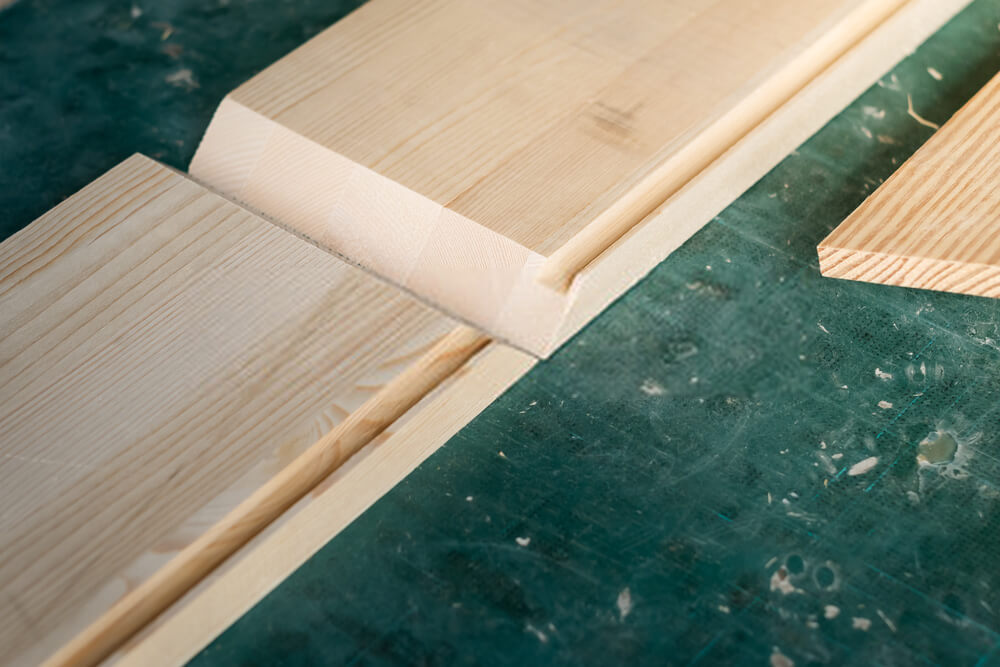 Bevel Cut is a complex cut that can be made using the miter saw. It is made by moving the blade to either left or right then pulling it down at an angle to make the desired cut. This type of cut is really complex and with a miter saw the job becomes much easier. With a sliding rail, miter saw bevel cuts can be made into longer boards.

If you put a block at one end of the cutting board, you can make repeated cuts at your expected length. It’s really hard to make accurate repeated cuts with a manual tool.

Alongside these, a miter saw can also be used for framing works in construction sites. It can also be used to trim down building materials such as; fences and wall pieces. Due to the variety and flexibility, the miter saw offers; it is a great boon to DIY enthusiasts.

You must make sure that you wear protective gear while using the miter saw. As the rotating blade cuts really quickly, there will be wood chips flying all around. To protect your eyes from these wood particles, it’s a necessity to wear protective goggles while operating a miter saw.

If you are planning to work on a miter saw for a longer period then do have earmuffs or other protective gears to protect your ears from the loud noise from the saw. To avoid any further accidents, it’s best not to wear loose clothes while working on the saw and if you have longer hair, it’s advisable to tie it down before proceeding to the workstation.

Make sure your hands are well away from the rotary blade and the cutting table. A minimum distance of 6 inches from the blade is considered to be safe.

Try to keep the arms straight while cutting with the miter saw. Keeping your arms crossed will increase the chances of a fatal injury.

The last safety tips, which most of us ignore is to read the instructions which come from the manufacturer. You will find all the necessary safety tips provided by the manufacturer in this booklet. Do give it a brief read before using the machine for best and safe use.

Cons of a Miter saw

Although a miter saw ensures accurate complex and angled cuts, it can sometimes create poor quality wood chips. When making a cut, a great deal of the blade is exposed which can create lots of unwanted sawdust. This is especially the case when executing bevel cuts.

In order to get the best output from your miter saw you must follow these tips and tricks in order to impress people with your upcoming DIY project.

Hopefully, after reading this, you will have quite a good idea about different types of miter saws and what you can do with this wonderful machine. Now, it’s your time to choose the best miter saw which fits your bill.